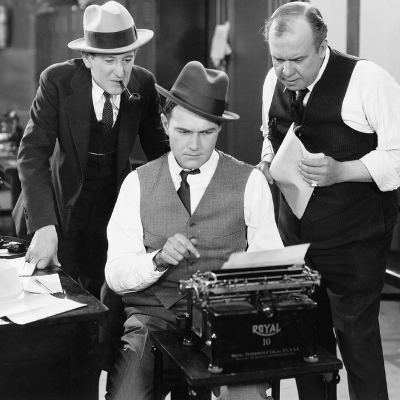 Zadie Smith famously advised novelists, once finished with their work, to put their book into a drawer and not touch it for one year.

I’m not sure whether Zadie ever had the discipline to wait so long but her point is clear:

You have to put time between you and your writing. As she says: “You need to become its reader instead of its writer.“

You are probably not a novelist.

We don’t need a year but, whatever we write, we need to mutate from writer to reader too.

But if I don’t have that time?

Then you need an editor.

Some people see the editor as the bad guy with scissors. But that’s not what he is. He is our helper. He makes things shorter, crisper and clearer. Doing so, he helps us to get through to the reader, cutting weeds and seeing the forest where we saw trees.

The edited text is always shorter.

This is very different from approval. When you seek approval, say from colleagues in other departments, you can end up with a text that is more complex and longer. Now the need for an editor is even stronger. See him as the middleman. His job is to deliver the message. He has the audience in mind. Before he delivers, he tweaks the message so that the reader can read, like and embrace it. The editor clarifies and simplifies.

This may call for another round of approval but you can’t really avoid that. If you want the message to get through, it’s better to end with the clearest possible document.

2 thoughts on “When we need an editor”