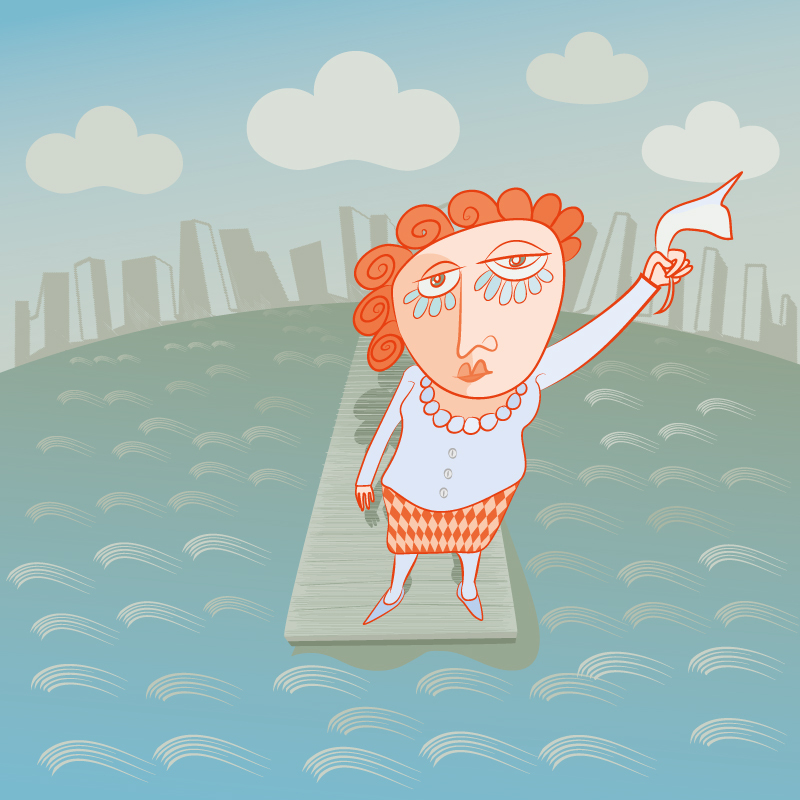 At a presentation the other day, the technicians struggled to connect the speaker’s laptop.

The speaker showed a great reaction.

He left his PowerPoint-script behind and spoke off the cuff.

And it was wonderful – wonderful, informative and inspiring.

20 minutes later, the technicians got the laptop connected. But as one connection was made, the other was lost. The speaker took us through his slides. Now he was turning to the wall a lot and as his manner of speaking changed. It was a sudden metamorphosis. In a second, the speaker turned from wonderful to average.

It was also a demonstration of how problematic PowerPoint can be – not just when slides are bad. The use of PowerPoint is problematic in itself. It’s problematic because the speaker’s interaction with the slides impacts the interaction with the audience. But the latter, the personal connection, is where most persuasion happens. When presentations impress me, it’s normally not because the slides are great. They impress me because of what the presenter says and does.

I’ve been using PowerPoint much less for this reason. When I am tempted to use a slide, I ask myself how this will impact the dynamic in the room. Yes, slides can be useful. They can even help build connection but often it’s a trade-off and quite often, it’s a trade-off that doesn’t pay.

I no longer use PowerPoint as my default. There are many ways to make a point. Slides are just one of them. Why should I restrict myself?

That’s why I follow the advice of my fellow-Toastmaster Tom Aerden: I switch off my computer and plan on paper. If I need a slide, I can always make it later.