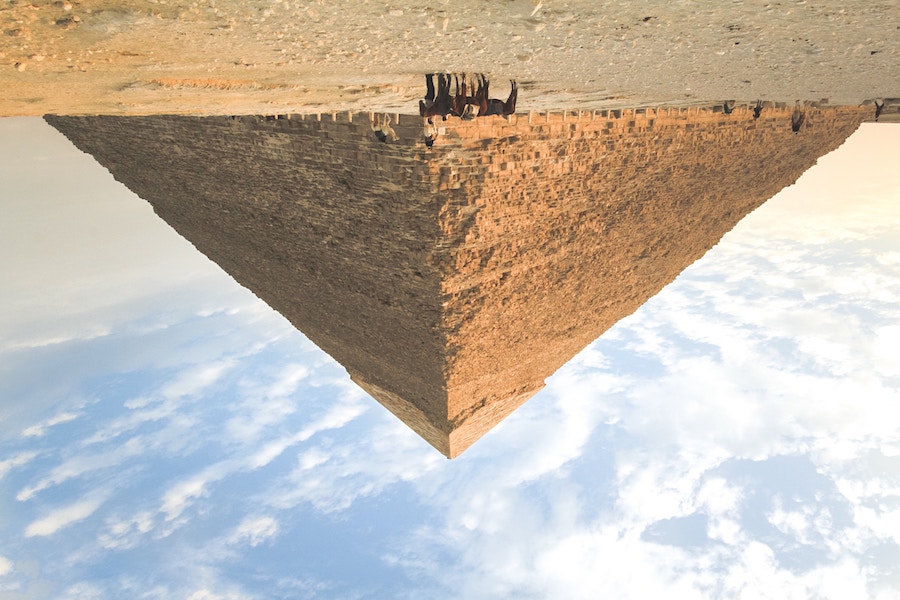 The inverted pyramid is one the first techniques a journalist learns.

It’s a useful tool and good to have in your repertoire.

But some people tell you it’s an all-purpose weapon.

What is the inverted pyramid?

The inverted pyramid gives the reader all important information at the start: a super concise summary.

The idea is to save the reader time. She only needs to read the headline and the first sentence (or two) to know what the story is about. Not interested in the details? She can stop right there. 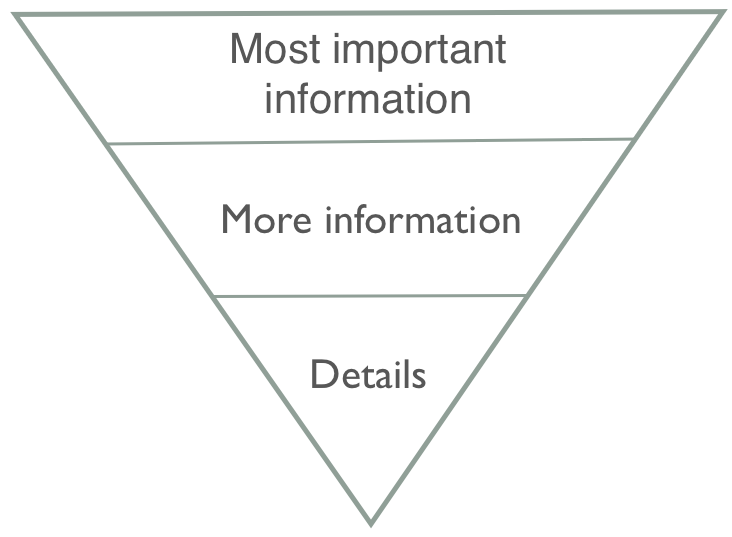 The 5Ws are part of the technique. Ask:

With the answers you compose the top of the pyramid.

Look at any newspaper and you see the inverted pyramid in action. Here’s a recent example from the Guardian: 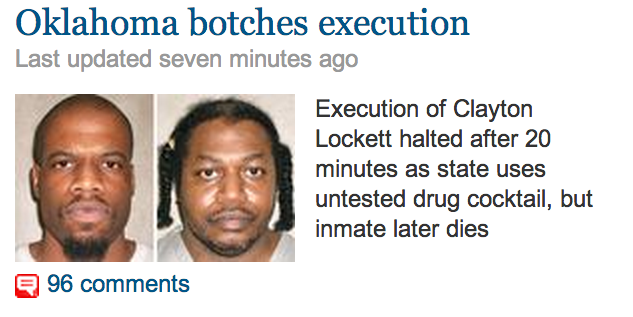 Not all five Ws are needed. Three or four are normally enough:

Not everything is news

The inverted pyramid is simple but effective. It helps cut right through to the core and for news that’s a good thing.

But what are news? News are about facts and when you report facts it only makes sense to start with the most important.

Sometimes, and probably more often, we have to present ideas and sell them to people. To achieve that, we may have to prepare the ground. The ancients called that Kairos: waiting for the right moment to make a point.

Often news are treated as news when they shouldn’t be.

Say your company decides on a new strategy. You can treat that as news.

But crafting a super-concise inverted pyramid is probably not your true challenge. The true challenge is for people to embrace the strategy and you won’t necessarily achieve that by slapping the 5 Ws into their faces. Understanding their hopes and fears will be more important.

But that is the danger of such writing techniques. They can lead away from the obvious. So, before using the inverted pyramid, be sure that your news are really just news.

Photo by Jeremy Bishop on Unsplash